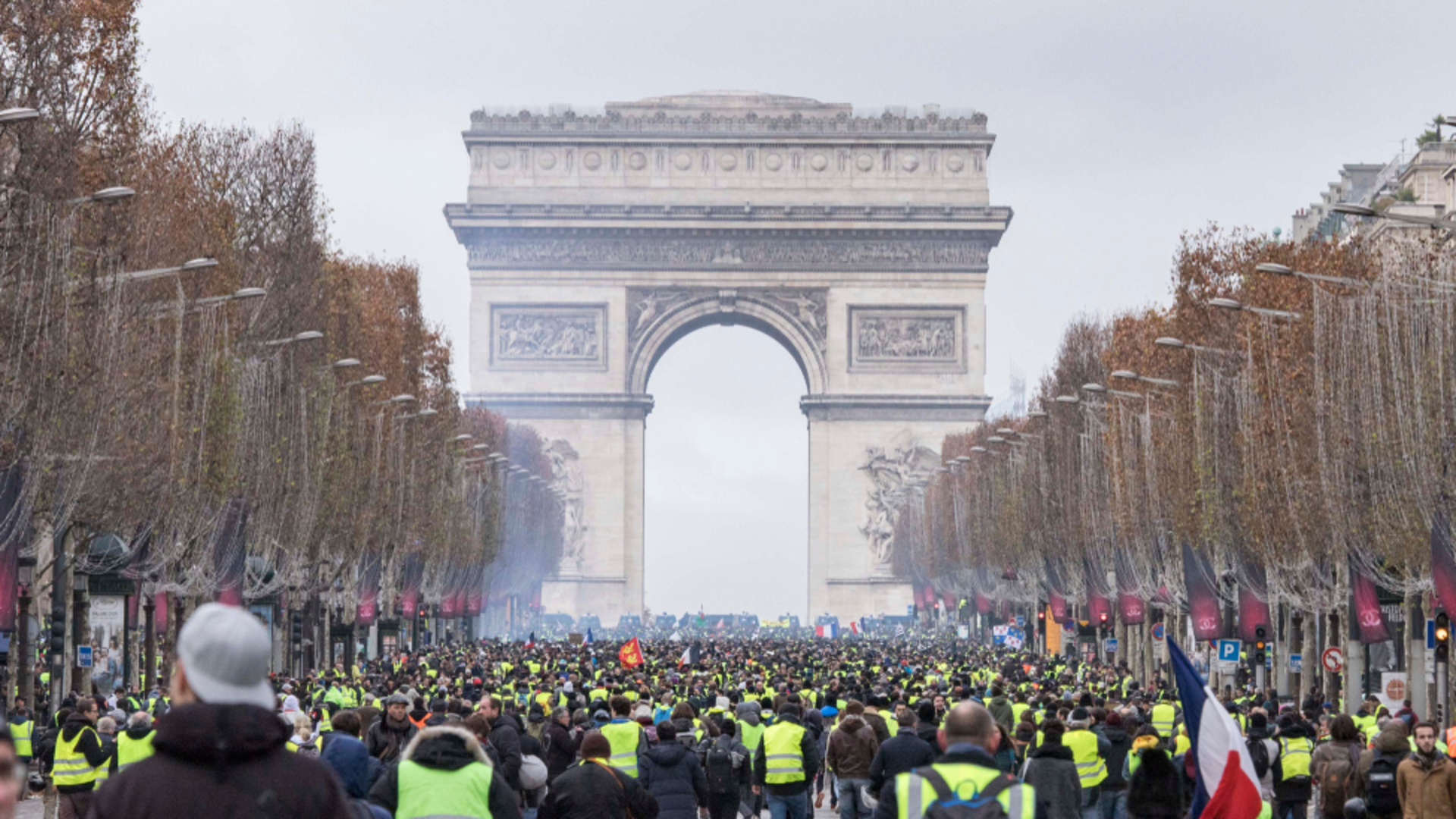 Different prices for urban and rural roads for fair mobility

How can policy makers effectively address CO2 emissions in road transport without eliciting social protests and adversely affecting the socially vulnerable? We propose a solution that cuts the Gordian knot. Prices for driving must scale with CO2 emissions, air pollution, congestion, and the availability of alternative means of transport. 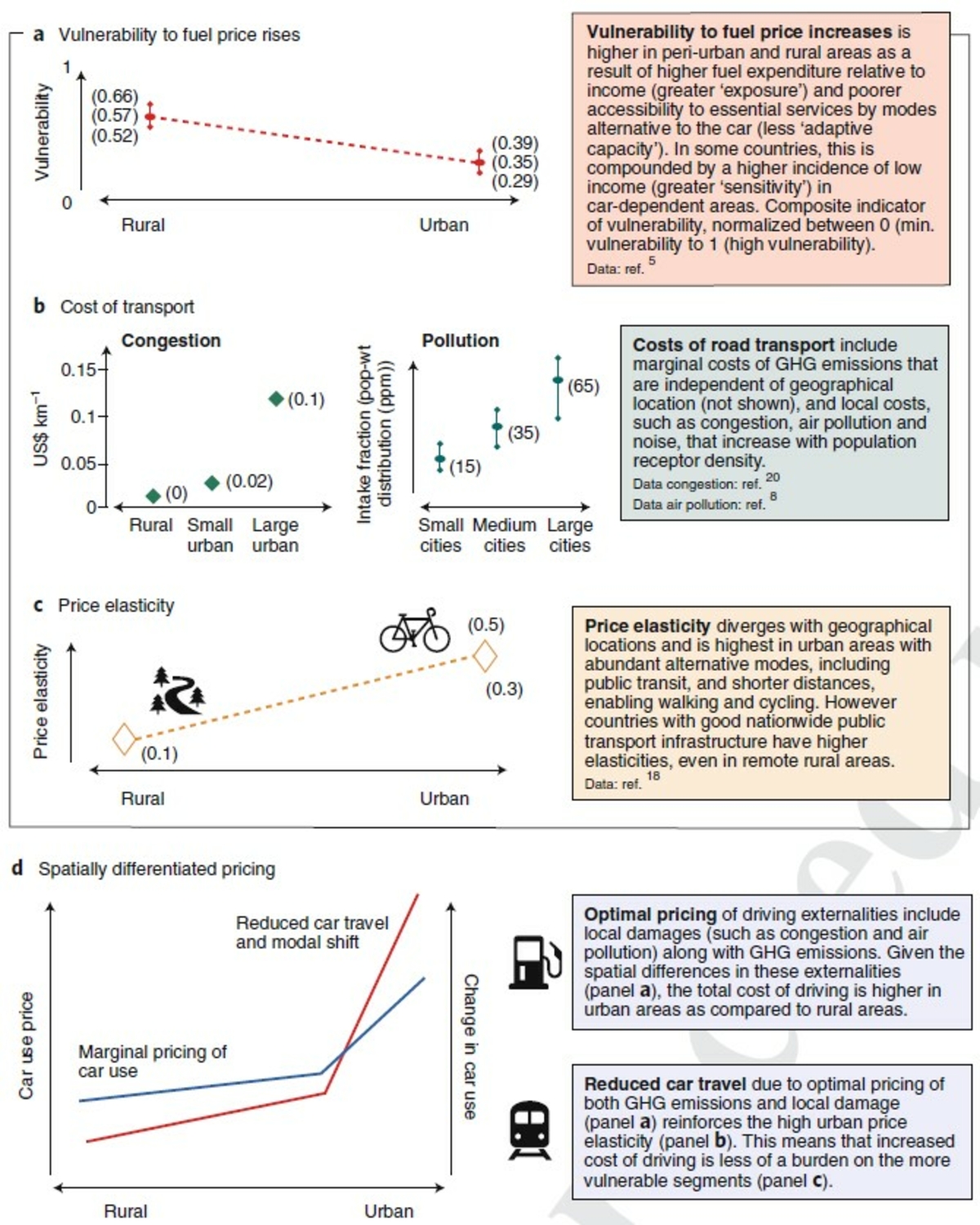 The French yellow vest protests formed in rural and peri-urban areas in reaction to fuel price increases. In the absence of public transport, car-dependent commuters suffered income losses because they had no transport alternatives to turn to. Moreover, they felt disadvantages compared to wealthier urbanites who have shorter commutes and public transport access. The protests point to a dilemma between effective climate policies and social inclusion emerging from a rural–urban divide (Fig. 1a). Research from Australia, New Zealand, Canada, France, Germany, and the UK shows that vulnerability to fuel price increases is higher in suburban, peri-urban and rural areas. This is the result of greater expenditure on fuel (higher exposure) and lack of viable modal alternatives (lower adaptive capacity).

City traffic is most harmful

CO2 emissions have the same effect on climate irrespective of their origin. Therefore, the price for emitting CO2 must be the same everywhere, too. However, other problems caused by cars and trucks are worse in inner cities. There, air pollution is high, congestion is rampant, and noise is ubiquitous. For example, urbanites in the United States inhale at least 10 times more exhaust fumes than those living in rural areas. Congestion is virtually unheard of in rural areas (Fig. 1b). Therefore, the price for emitting air pollutants or for causing congestion must be higher in cities. If we put a price tag on all problems caused by cars and trucks — not just climate change — the cost of transport would be about 3 to 5 times higher in urban areas compared to rural areas. The price of driving would comprise not only fuel taxes but also other road and pollution charges that depend on time and location as well as fuel and vehicle characteristics.

It is easier for urbanites to adjust

Empirical evidence also suggests that urbanites are more likely to change their travel habits than ruralists in response to higher driving prices (Fig. 1c). The main reason is the availability of public transport in urban areas. But distances are also often shorter in urban environments. This allows walking or biking. Overall, setting higher prices in urban areas will reduce car use in an efficient way exactly in those areas where alternatives exist and vulnerability is lowest.

It is crucial to earmark the revenues from pricing policies to support those who are most vulnerable to mobility cost increases. A lump-sum redistribution with a salient mobility stipend for everyone together with investments into mass rapid transit, bus lanes and cycling infrastructure, especially in sub- and peri-urban settings, can increase social acceptability and foster inclusive and sustainable mobility.